Is the Overwatch League failing? Jack Matthams looks at how Blizzard’s new eSports project has evolved so far and what the future might hold.

If you’re an admirer of eSports or are just a big fan of Overwatch, chances are you’ve at least heard of Blizzard’s most ambitious project to date. Providing a competitive platform for professionals, the Overwatch League is the company’s answer to storming the world one payload at a time, allowing huge areas of promotion to mingle with the popularity of television sporting events. But of course, eSports is a demanding, volatile and complex beast, and provides a target-rich environment of topics to dissect; the Overwatch League is perhaps the juiciest example yet.

The whole system for the inaugural league is relatively simple. A large selection of geographically based teams enter, compete in a round robin style tournament, then have playoffs to determine a stage winner. Then it gets repeated a few times before the final best team of the season is established. And, of course, an absurd amount of money is gifted to the winners of each stage, with all matches taking place in front of a live audience and commentators at the Blizzard Arena in Los Angeles. Streams are also provided on the Overwatch League website, and on their Twitch account. On the surface, this seems very strong, and one wouldn’t be daft to show optimism, especially given the viewing figures. 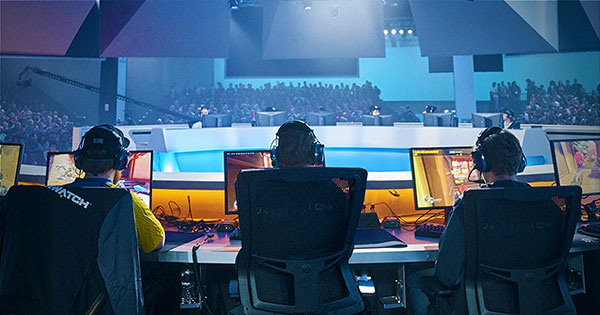 The trouble is, Overwatch is encountering a hefty sum of problems that might just pull away interest from the League in due time. The sustainability of such a venture is questionable; sure, Blizzard is known for their long-lasting and constantly updated games, but eSports, as with any television show or sport, is down to audience demand. It’s a massively different monster than simply keeping a game up to date. Perhaps the biggest concern is player burnout – how do you prevent a player-base, and therefore audience, from growing bored with the game, and thus losing interest in the eSports extravaganza? Well, providing constant updates is one answer, but that doesn’t seem to be working. The fact Blizzard is constantly providing free weekends to encourage new players is a sign of concern, and is made even worse with the drop in Overwatch content being provided on sites such as Youtube and Twitch.

The problem, however, goes deeper. Firstly, the updates Blizzard have been trying to implement have not been too well received by the player-base as it is. Restricted by the Overwatch League demands and popular team compositions, Blizzard seem reluctant to put too much focus on the game itself. Some updates have been criticized as heavily unnecessary, whilst many find the in-game trolling, toxicity and lack of teamwork to be too many nails in the escorted coffin. You’ll hear terms such as role-select and guild system being thrown about, but Blizzard seems more concerned in making sure the Overwatch League is running smoothly that implementing anything along these lines to improve the experience of the average player. And then we have the one-word death toll for a lot of big games recently: FORTNITE. Coming from a free and constantly improving background, Fortnite has dragged a huge number of players away from Overwatch, and has significantly damaged the progress of other online games, such as PUBG. The developers listen to their players and have reaped the benefits ten-fold. It may be a trend that dies off sooner rather than later, but Fortnite has done some major damage to Overwatch through stealing its player-base, many of whom probably don’t care about the Overwatch League. How exactly can the eSport remain popular and lucrative when many players have simply switched off due to the allure of other games and the failure to supply efficient demanded updates? That is Blizzard’s enigma.

But, of course, it’s not all doom and gloom. With the spectacular rise of Fortnite, there’s always a chance it will plummet equally as fast, especially given the success comes largely from the sudden popularity of the Battle Royale genre, which is steadily growing staler by the week. If Blizzard can make substantial changes that fix toxicity, poor matchmaking and boring team-compositions in that period, they will have a big attraction for players to return to, especially if the Overwatch League has grown and flourished. And it’s easy to forget that it very much is. Viewing figures are on the rise, and a strange phenomena is occurring, one that offers a potential third option to Overwatch’s future: it becomes a spectator game. Ask around many of the popular Youtube and streamer sites and the big consensus is that Overwatch is a lot more fun to watch and support than it is to actually play. This might sound problematic given that it is… well… a video game, but if the shoe fits, Blizzard may be able to capitalize. Could we be seeing the first video game to become a genuine eSport? Possibly, but it’s still far too early to tell, and even at this stage, Blizzard most certainly don’t want to lose players in exchange for more viewers. The Overwatch League is their baby, and a baby requires a lot of nurturing and learning before it can become fully-grown. You don’t send the child out before it can walk in the same way Blizzard cannot put full faith in the Overwatch League and ignore a dwindling player-base.

And then, finally, the Overwatch League suffers in terms of console players. Making up a large proportion of the player-base, console players seem to be treated rather second-rate by Blizzard, despite their efforts to prove otherwise. There is no competitive equivalent of the Overwatch League for them, as well as no Public Test Realm (although this is a significant problem with Sony and Microsoft rather than Blizzard). Many claim the console version just simply isn’t as entertaining, which is objectively false given the popularity, but it does suffer issues in compatibility – some heroes are very poor options on console compared to PC, generating a skill-gap that pushes the two platforms apart. Blizzard has done very little to help console players, and as far as they go, the Overwatch League will always be a spectator show rather than a level to aspire for. Naturally, this reduces interest.

So is the Overwatch League sustainable? In a way, it is entirely down to Blizzard’s choice. If they act quicker on updates and listen to a player-base that wants to grow, there’s every chance that people will continue to jump on the bandwagon and both enjoy playing and watching the game. Trends like Fortnite will come and go, but Overwatch will endure. If, however, the growing discontent with the quality of the game is ignored, one struggles to see how the Overwatch League could remain viable beyond 2018. If people begin to think Blizzard care more about the professionals and their league than the average gamer, they will turn away, especially the console realm, where players jump ship much faster than PC. It’s a balancing act, and one Blizzard must gamble on to get right.

They say heroes never die, but can Overwatch?